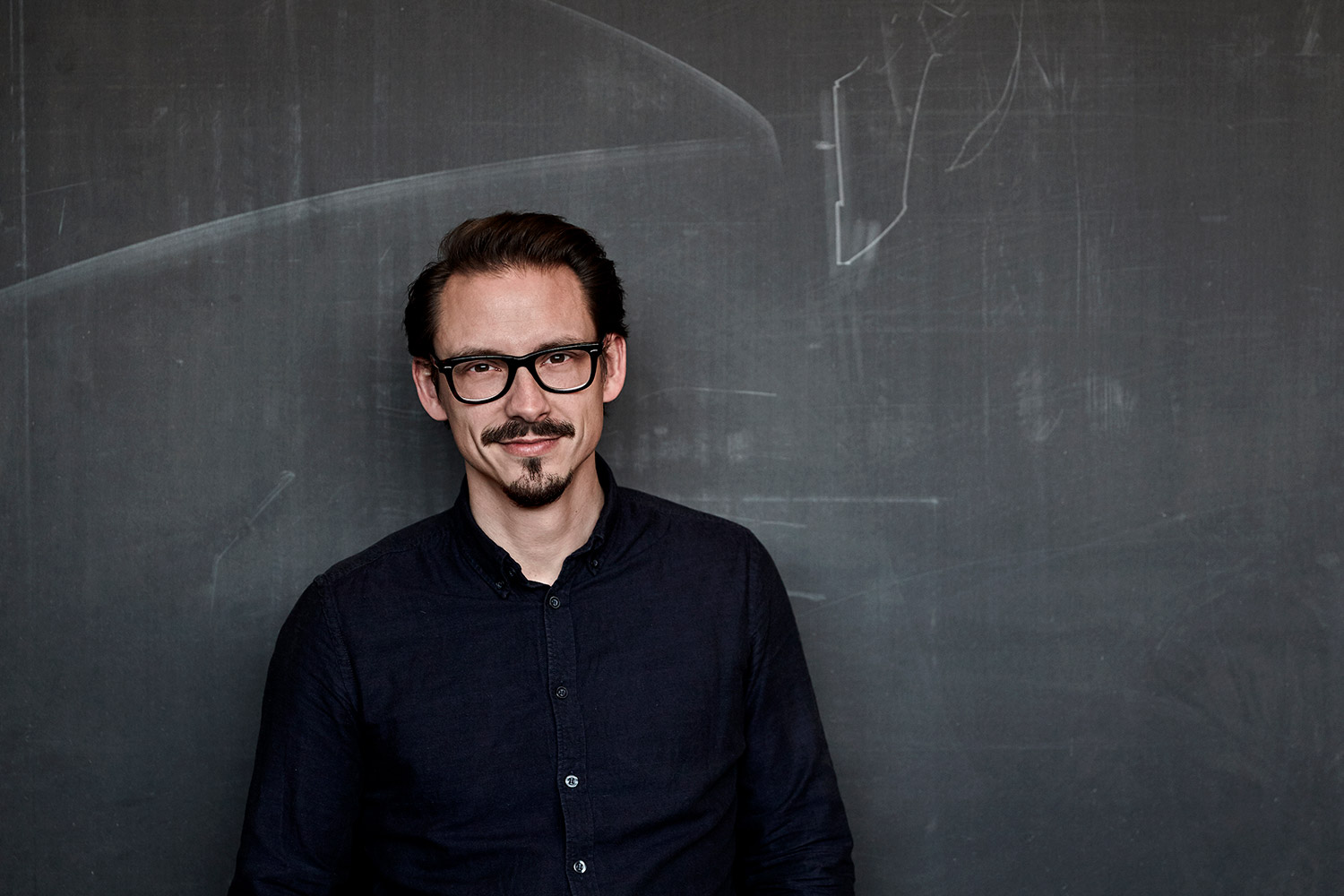 As Danish furniture makers and architects we are attentive to comprehensive solutions which enrich the life of its user. We do it aesthetically and functionally, and we always have an opinion about the materials.

We turn the production upside down. We are not bound by standards but free and able to manufacture sizes that fit your space perfectly. We manufacture all parts of the kitchens at the workshop in Copenhagen in order to maintain the flexibility and quality we want to have.

Sign up to our newsletter and receive infomation regarding our new kitchens and projects:

This kitchen is located in a house on the street Kildevældsgade, in one of 393 cooperative houses in Østerbro in Copenhagen. Originally these premises were built as affordable workers’ housing at the turn of the 20th century. The uniform outer appearance still tells the story of a tightly knit community where people live side by side and children play in the street. The kitchen was originally located in a smaller space facing the courtyard. However, while setting up their new kitchen, the owners decided to reimagine the floor plan. The kitchen was expanded towards the larger, adjacent room facing the courtyard, and then joined with the other two rooms facing the street. The open design allows for a view to the street and also to the courtyard through the French balcony opening, with light coming in from both sides.

Kildevældsgade keeps things simple and discrete while maintaining warmth in the wooden details.

The kitchen layout was based around the axis between the balcony door to the back courtyard and the windows facing the street. The kitchen counter runs parallel to the wall and continues in a right angled peninsula toward the main kitchen space. The sink is placed on the kitchen peninsula with its wide end overhang leaving plenty of space for socializing, either at the counter itself or seated around it. In order to attain a singular architectural form in the kitchen, the overhead and lower cabinets have the same depth. This optimizes the sense of space for food preparation on and around the kitchen counter. The choice of white laminate combined with oak gives this kitchen a discrete atmosphere, maintaining warmth with the tactile details in the wood. The drains were laid skillfully by a plumber who managed to place the drain inside the floor separating the kitchen and the bathroom in the 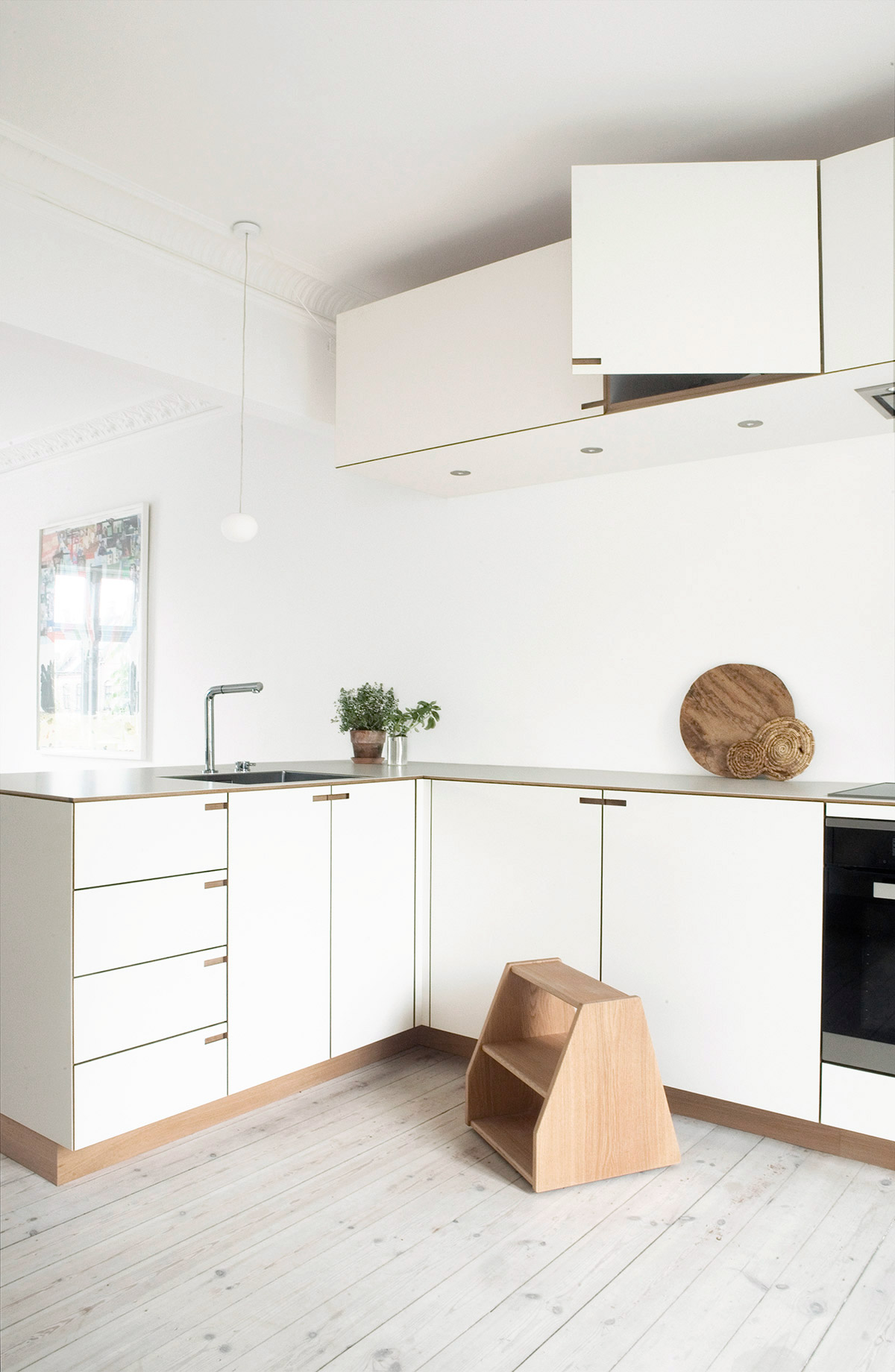 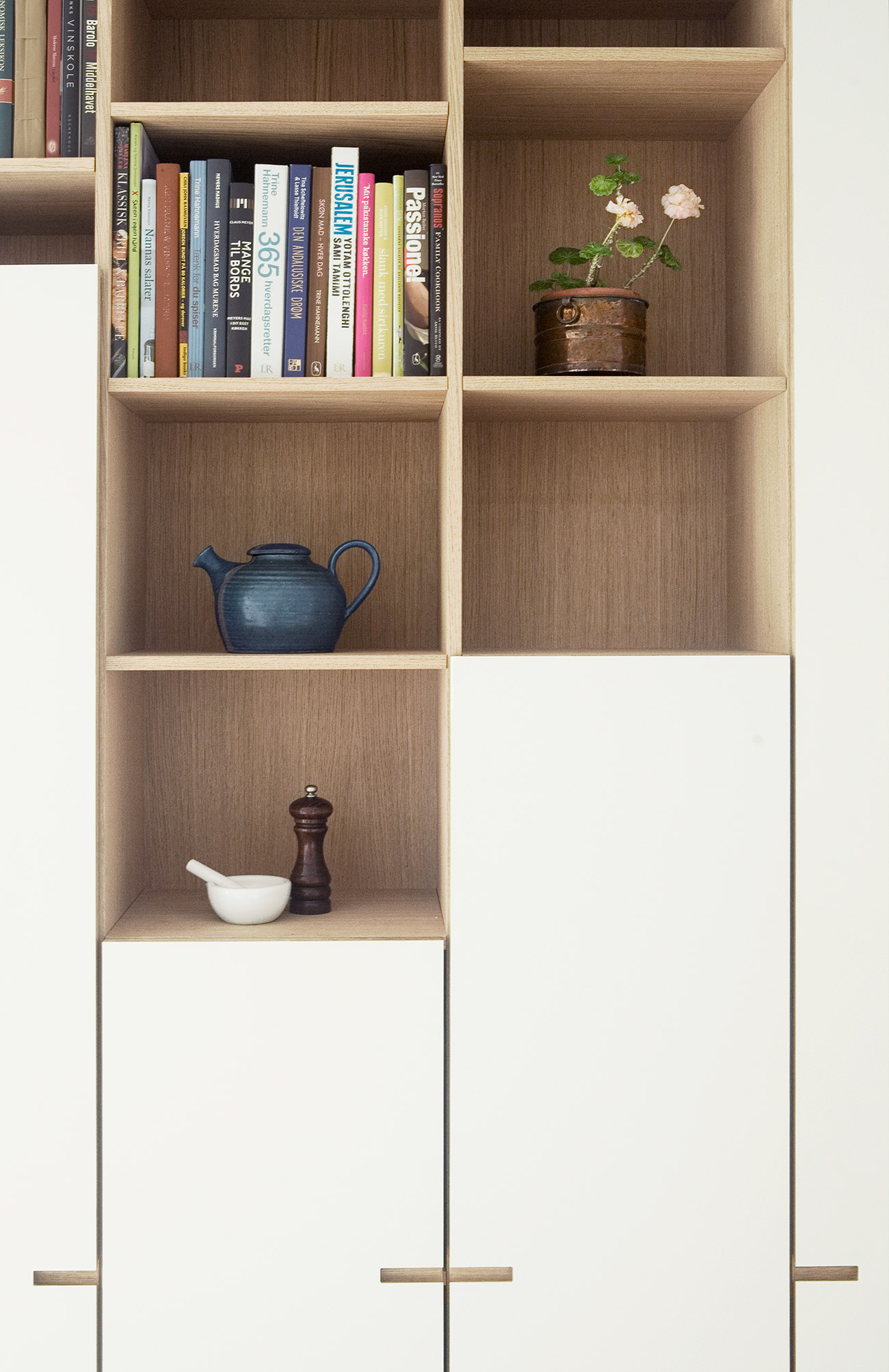 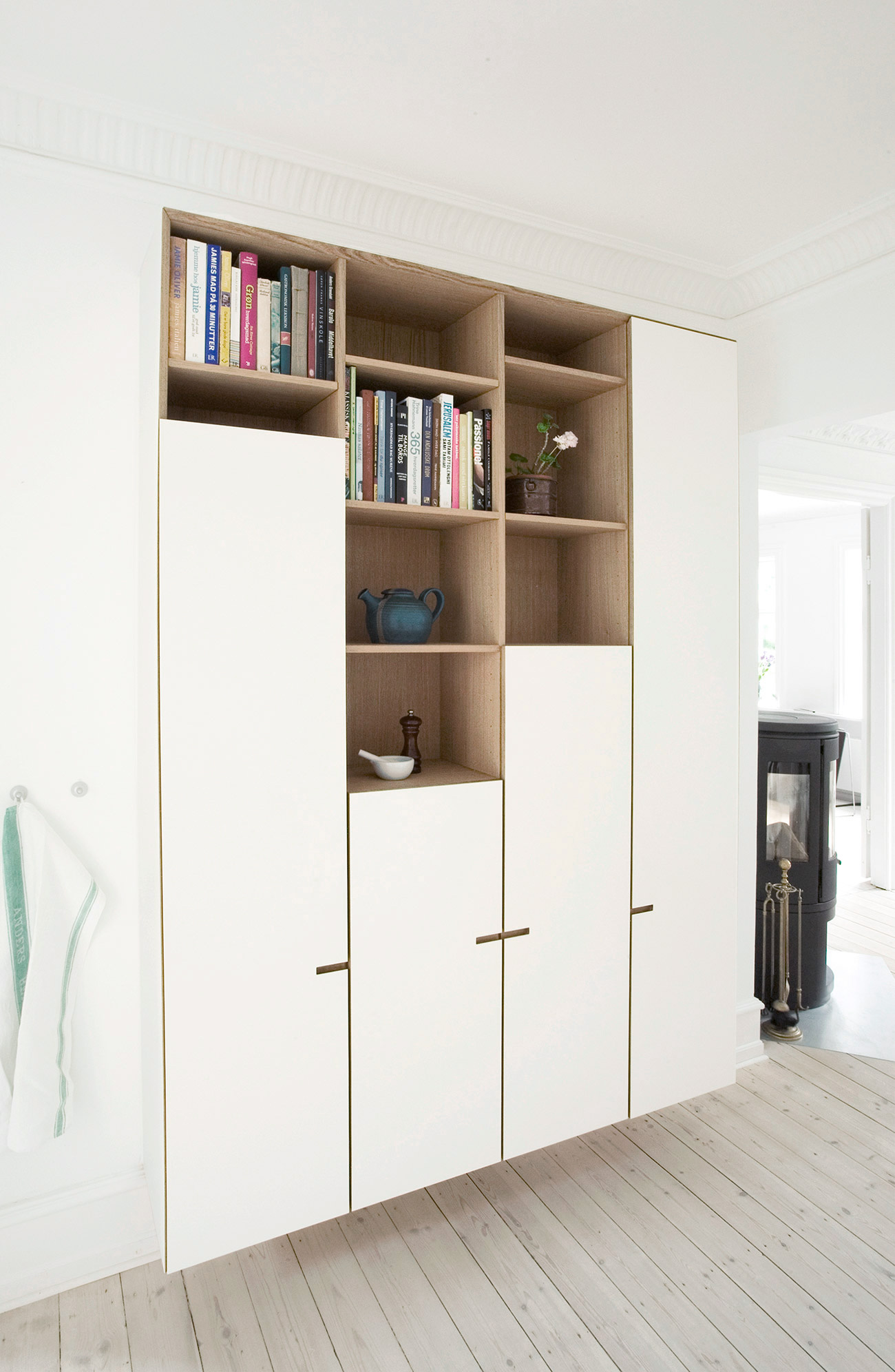 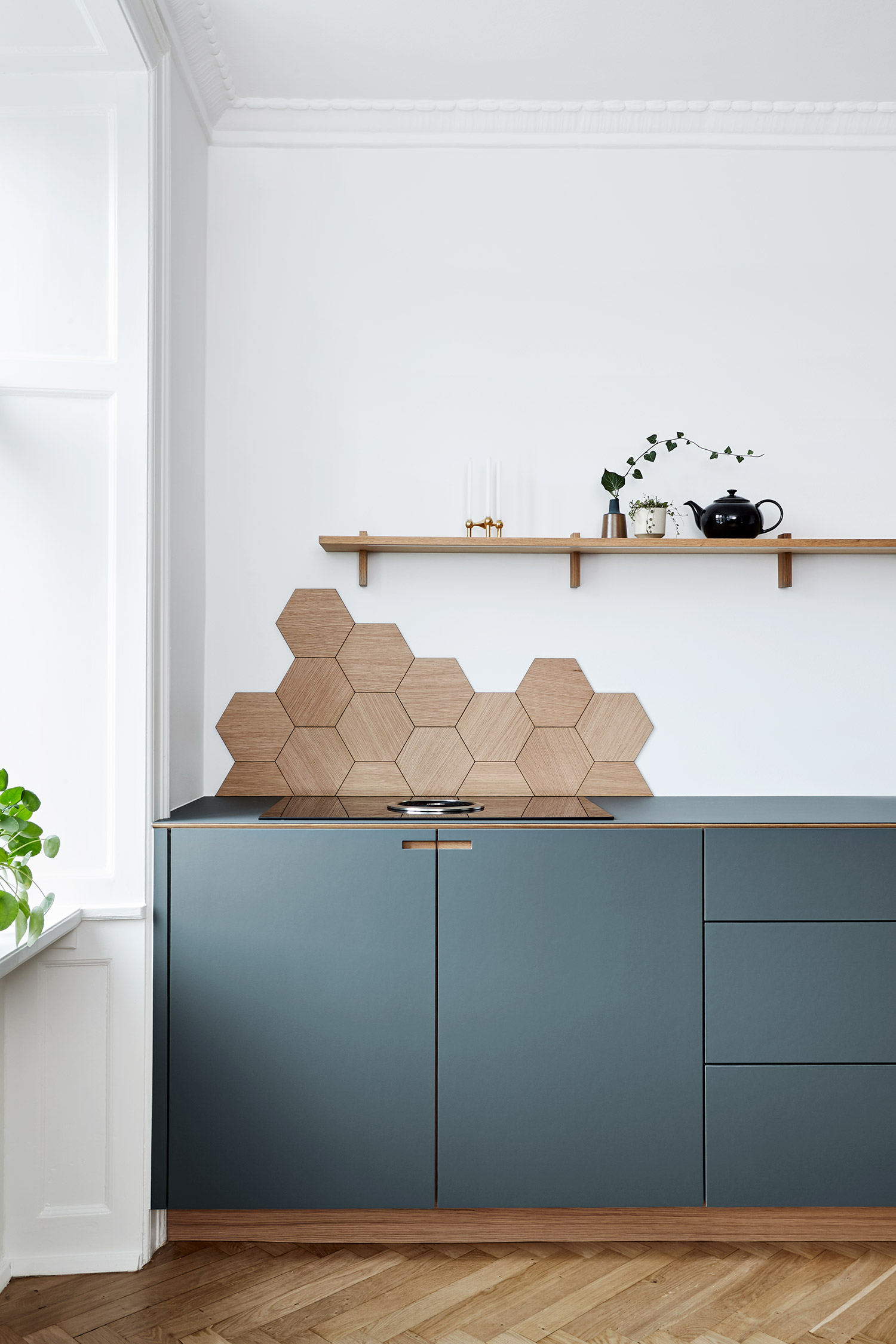 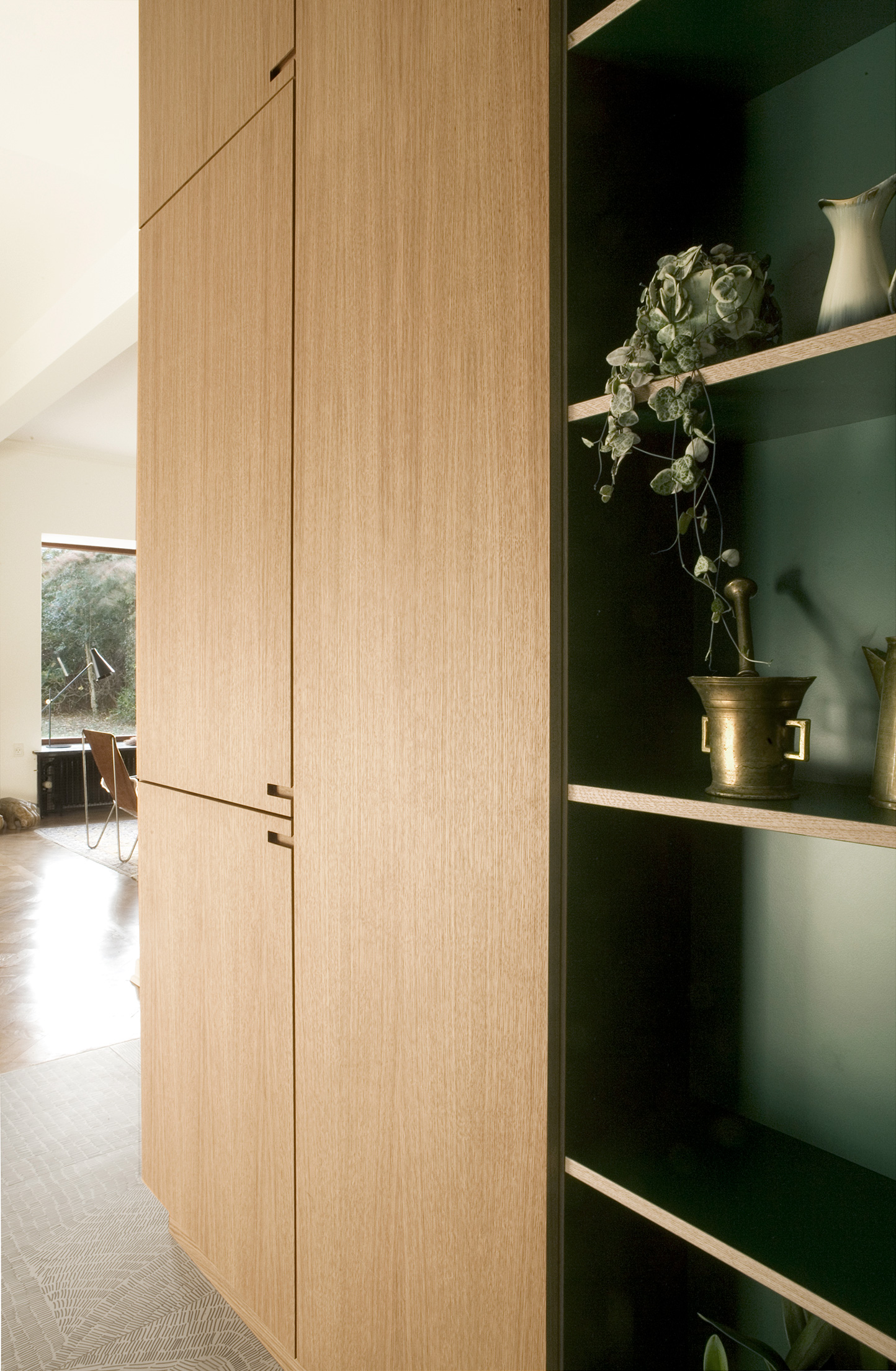 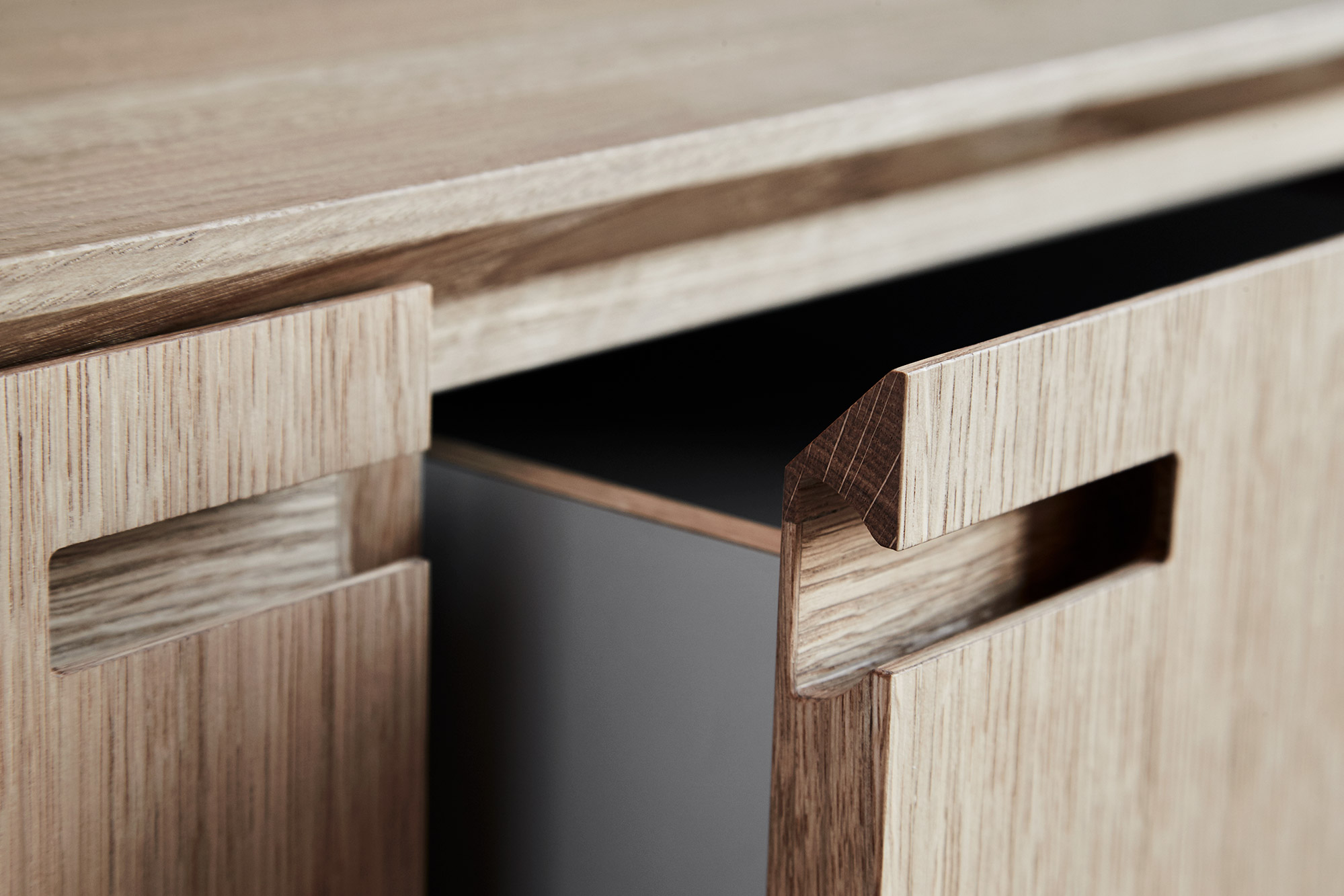 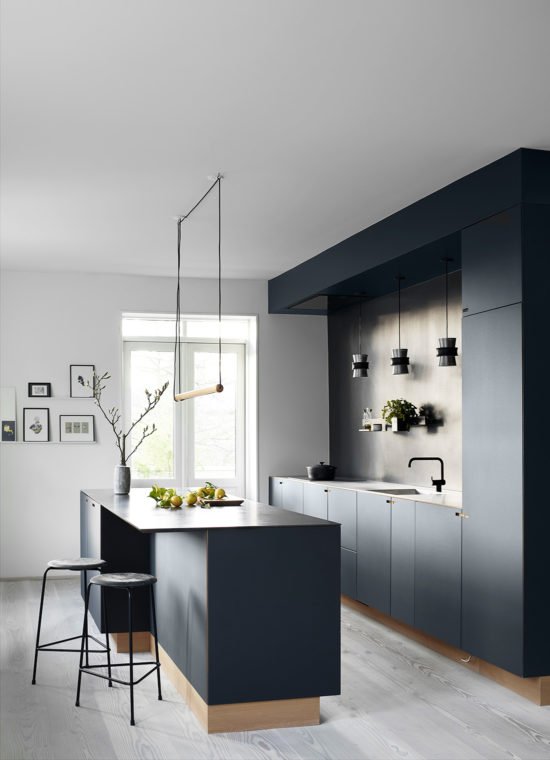 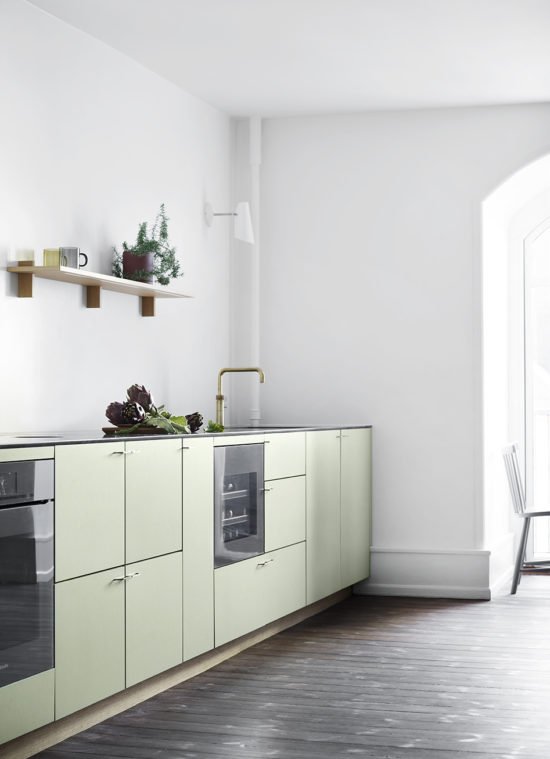 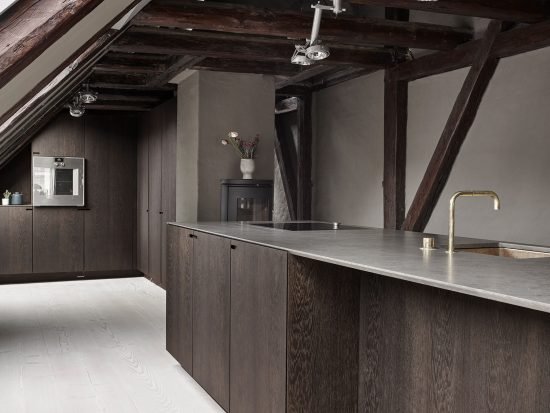